Free Shipping on All Orders!

Added to your cart 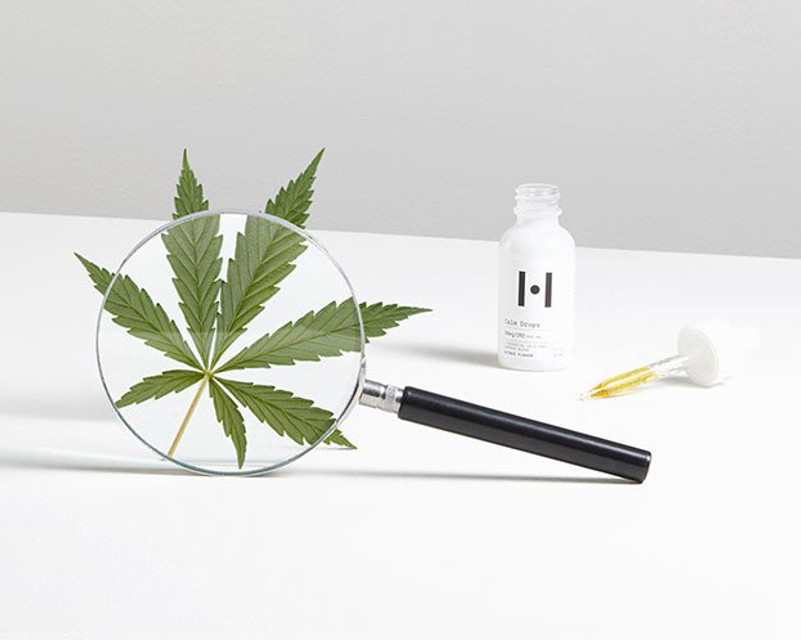 Get to Know CBD

One of the most exciting ingredients in health and wellness but often caught up in its own stigma and misinformation. It’s time to get your facts straight on CBD.

CBD or Cannabidiol is one of over 80+ natural phytocannabinoids (naturally occurring compounds) found in and extracted from hemp, a plant belonging to the Cannabis sativa species.

What Is a Cannabinoid?

What are the effects of CBD?

CBD is known to promote balance and overall wellness by helping to regulate the communication between the cells of your body.* It is known to do this by naturally supplementing and binding with your body’s own Endocannabinoid System (ECS).

The endocannabinoid system is your built-in regulatory system that helps maintain equilibrium in your mind and body, even when external factors and certain lifestyle choices try to throw it off balance. You’ll find endocannabinoids everywhere from the immune system, brain, and central nervous system, to major organs, connective tissues, and glands.

Incredibly, this system was only discovered in the 1990s and is considered essential to your body’s ability to cultivate good health. Affecting processes such as sleep, appetite, digestion, metabolism, mood, memory, hormones, and aging, the ECS’s primary function is to maintain homeostasis or your internal stability, despite the unexpected challenges of daily life.

What’s the difference between hemp and marijuana?

While hemp and marijuana are technically the same species , they are legally defined by what types of cannabinoids they produce. Most importantly, hemp contains no more than 0.3% THC, the psychoactive compound found in higher concentrations in marijuana. Quite simply, it doesn't get you high.

What type of hemp extract is used in Healist products?

Across Healist products, we’ve chosen to use the highest quality, organic broad-spectrum hemp extract. As its name suggests, broad spectrum hemp extract not only contains high levels of CBD but includes other cannabinoids such as CBDA, CBG, CBN, CBC*, and therapeutic compounds like terpenes, amino acids, vitamins, and minerals that work in synergy with each other to power your body, as nature intended. This is known as the desired “entourage effect.”

Is hemp extract (oil) the same as hemp seed oil?

In short, no. The terms are often confused with each other but there is a distinct difference between the two types of oil. Hemp seed oil is mainly composed of dietary fats, meaning it can soothe and moisturize skin but doesn’t include CBD and other phytocannabinoids. If you’re looking for products that contain CBD, please check carefully that it doesn’t only contain hemp seed oil.

Will CBD products show up on a drug test?

This is why it's critical to know the quality and composition of any CBD product you buy.

At Healist, we only use broad spectrum CBD, which contains less than 0.0% THC (undetectable levels) and publish lab tests for every product we produce so you can be confident about knowing exactly what is in the product you are using.

How do I use CBD oil?

What’s the right dose for me?

It’s completely personal. When you first start taking CBD we recommend starting low and building your dose up until you start to feel the desired results. It can affect people differently, with different body masses requiring different levels to experience effects.

There is no standard daily recommended intake (RDI) but see the guide below as a point of reference.*

Keep track using a daily journal so you can reflect on the benefits over time and adjust your dosage accordingly. It’s your body and you know it best.

How do I know how much CBD is in the product that I'm purchasing?

This can be tricky given there are many brands making misleading claims and the category has yet to be tightly regulated.

Our tips on what to look out for:

1) Make sure the product you’re buying includes a cannabinoid hemp extract, not hemp seed oil. As mentioned above, hemp seed oil might be great for your skin, but it does not contain any CBD.

2) Look for the mg of CBD in the product not just the mg of hemp extract. Hemp extract can have different concentrations of CBD ranging from 20-90%. A product claiming 1000mg of hemp extract could actually contain anywhere between 20mg of CBD to 900mg of CBD. This is one of the common ways that many brands are misleading consumers to the perceived quantity of CBD in products. It’s for this reason that Healist products explicitly state the CBD mg per serving on the front of each one of our packs.

3) Check the Certificate of Analysis to ensure that what the product claims is actually in the product! A blind sample showed that 70% of CBD companies don’t actually match what they claim on the label. We’ve made a pact of total transparency for our products and publish lab reports for every single batch Healist manufactures.

See Lab Results
What is the right format for me?

Our CBD+ benefits led range comes in a variety of formats to cater to different usage and lifestyle needs, from tinctures and chews to transdermal patches and topical lotions.

Are there any side effects?

CBD is generally well tolerated and proven to have few side effects. Across every Healist blend, we take the utmost care to not only ensure the purity of our CBD but also to specially select our supporting natural active ingredients for their efficacy and safety.

As with any other supplement, there is always a chance it could cause adverse reactions for some people or could interact with certain medications so please consult with your physician before use.

Are Healist products safe to use while pregnant or nursing?

If you are pregnant or nursing, please seek the advice of a qualified health care professional before using.

Are Healist products same to use on pets?

Our products are formulated for human consumption and although 100% natural blends not recommended for pet use.

Hemp seed oil - Oil produced by cold-pressing hemp seeds that's high in antioxidants, omega-3 and 6 fatty acids but does not contain CBD or other phytocannabinoids.

CBD Isolate - Purified CBD that is THC free but does not contain other beneficial cannabinoids, flavonoids, terpenes and fatty acids.

Bioavailability - The degree of which a substance is absorbed into the bloodstream.

Tetrahydrocannabinol (THC) - The most well known Cannabinoid in the cannabis plant. THC binds itself to the CB1 receptors which helps produce a psychoactive effect on the body (high feeling). It can also have an effect on memory, perception and other functions.

Cannabidiol (CBD) CBD, the second most common Cannabinoid that has several reported health benefits and is non-psychoactive (no high).

Cannabidiolic Acid (CBDA) - The raw acidic form of CBD made in the hemp plant that has several health benefits that are different from CBD.

Cannabichromene (CBC) - The third most common cannabinoid with a myriad of reported health and wellness benefits and is non-psychoactive (no high).

Cannabigerol (CBG) - A minor cannabinoid, found at lower levels than the others but with potential benefits for the gut.

Cannabinol (CBN) - A minor cannabinoid that has been reported to have sleep inducing effects on the body.

Cannabinoid Receptor Type 1 (CB1) - CB1 receptors are found throughout the brain and body and help modulate numerous physiological processes including perceptions of pain and processing of memory. These receptors are also responsible for the euphoria or “high” caused by using marijuana products rich in THC.

Cannabinoid Receptor Type 2 (CB2) - CB2 receptors are enriched in the immune system, gut, and skin, where they modulate inflammation.

CO2 Extraction - Method of extraction that separates the oil at room temperature, allowing for a minimal process to preserve natural compounds.

Entourage Effect - This is described as the effect that the combination of natural cannabinoids, terpenes and flavonoids from hemp have on one another - creating more synergistic benefits collectively rather than individually.

Full Spectrum Hemp Oil - Hemp Oil Extract that contains CBD, other cannabinoids, flavonoids, terpenes and fatty acids working in sync with your body, as nature intended. As opposed to Broad Spectrum Oil, it contains detectable levels of THC (usually 0.3% and under)

Hemp Farming Act of 2018 - A US law passed by in 2018 that removes hemp from 'Schedule I controlled substances' to make it legal in all 50 states as an agricultural commodity. This is currently in progress.

Homeostasis - A state of optimal balance and equilibrium within the body.

Human Endocannabinoid System (ECS) - The largest neurotransmitter system present in brain and body of humans and all other animals. It is responsible for regulating our biological processes including appetite, immune system, digestion, sleep, mood, memory, metabolism, hormones and aging.

Terpenes - Terpenes are naturally found in plants and are the primary functional ingredient in essential oils. They give plants their aromatic and flavor properties and are known to offer unique therapeutic benefits on their own. When combined with CBD and other cannabinoids they are believed to enhance the overall wellness benefits (i.e. Entourage Effect). Terpenes are thought to work by acting directly on the brain or skin to moderate activity.

Strategies to Cope with Stress and Find Calm

What to look for in CBD oil